Job Hunting Life as a Server Server Point of View

With the rise of social media, it is becoming more common to read stories of servers posting the credit card receipts of guests to show the size of the tip they received.  This can include terrible tips that guests have left.  It has also grown to include showing the incredible tips left by celebrities and athletes.  The latter of these circumstances are often done with the best of intentions.  Despite these intentions, I would strongly advise a server against this because of the unforeseen consequences it can bring.

While this is not a new topic, it did hit close to home today.  When I fired up the computer this morning, I had a notification of Facebook about a story that had been shared with me.  As soon as I saw the headline, I knew some server would be regretting a careless decision.  The story was from a local television station and showed a credit card receipt with an absurdly large tip.  It was from a local professional football player who I had waited on a few times a couple years ago at a previous restaurant job.

ntionally being vague with the identity of this player.  I will say that as a non-football fan, he is my favorite player on the team.  I don’t know if he is good or not.  That is irrelevant to me.  What makes him my favorite has nothing to do with what he does on the field.  He does tip well, but so do most of his teammates.  A good tip is always appreciated, but a great guest is always welcome.

What always stood out to me about this particular player is that he would take his family out after the game.  Even when his teammates were partying it up on the other side of the dining room, his focus was on his family.  He was gracious when the occasional autograph seeker would come by, but quickly returned his focus to those around him.  Humility after a victory is not a common trait among athletes I have served.  He had it in excess.  He was always kind to his server and polite to those around him.  I always got the impression that he was a very private person and tried to afford him that privacy.

This is why the story bothered me so much.  A tip is a private exchange of gratitude.   It is not to be shared with everyone.  I will gladly mention the names of guests that tip me well in polite conversation.   There is a large delineation between that and posting a credit card receipt showing the exact tip on a television station’s website.  This is where issues of privacy come into play.

Even though the server might have felt like posting the tip was a compliment to the guest, the perception can be quite different.  It is broadcasting a private transaction.  The wealthy have enough people asking them for money without their generosity being publicized.  Not to mention the expectations of the next server who waits on them.  At this point even a great tip would be perceived as negative to another server who has seen this receipt.

All guests deserve a degree of privacy regarding their tips.  There is nothing wrong with providing a heads up to a co-worker that a guest is very generous.  Publicizing it through social or traditional media is crossing the line though.  A guest’s tip is a private display of respect for the job a server does.  Every guest is owed the same respect in protecting their privacy.

← Meeting The Rude Restaurant Guest The Next Day

Meeting The Rude Restaurant Guest The Next Day

After 15 years in the restaurant industry, I can still be surprised at how little some people know about how the industry works.  Restaurants operate in a manner far different than most businesses...
Read More

A Bit of Publicity and the Response

For those of you who missed it, this blog was written up in the local alternative weekly paper.  If you want to check out the story (or just find a really cheesy waiter pic of me), click here.  I do...
Read More

A Few More Thoughts On Emmer

I covered this issue in yesterday’s post, but have since ran across several interesting pieces of information I wanted to pass along.  MN Gov Nominee Tom Emmer said in a recent stop at the Eagle...
Read More

There have been several instances while writing posts for this blog where I have felt the need to place blame for the things that drive me crazy about the restaurant business.  I have always managed...
Read More

A World Without Tips

I am still incredibly grateful for my recent guest post on tipping.  It inspired my response that discussed the economics of tipping.  It also raised a few other interesting points that I am now...
Read More

And This Is How It Ends

Four years ago, I took a big step up in restaurants to start my current job.  A co-worker’s girlfriend recommended me to her boss.  I interviewed and was hired on the spot.  I still remember the way...
Read More

It Is Time To Act

The Reviews Are In

The Truth About Credit Card Theft In Restaurants

As discussed yesterday, Yahoo ran a front-page story from creditcards.com on Friday discussing types of people who you cannot trust with your credit card.  The Yahoo headline is pictured above and...
Read More

I was recently having a conversation with a group of co-workers including one who I had trained the week before.  The topic of Mezcal came up.  I gave up drinking years ago and well before the...
Read More

A Bit of Publicity and the Response

For those of you who missed it, this blog was written up in the local alternative weekly paper.  If you want to check out the story (or just find a really cheesy waiter pic of me), click here.  I do...
Read More

(Note: This is the first of a new weekly series called "Skills Focus."  The purpose of these posts is to revisit a skill that has been discussed on this blog.  This will allow you to take a moment...
Read More

How To Sell The Bottle

There really is no greater subtle statement of status in a restaurant than having a great bottle of wine on your table.  The surrounding tables all take notice.  It is a declaration of class and...
Read More

(For my previous posts on Tom Emmer, click here) For those of you who haven’t been following the Tom Emmer story in the last week, let me bring you up to speed.  Last Saturday in one of the most...
Read More 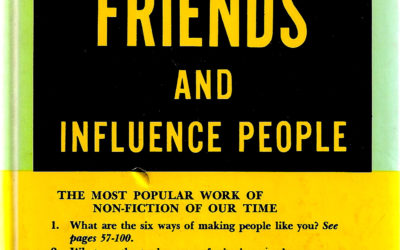 Meeting The Rude Restaurant Guest The Next Day

Serving rude restaurant guests leaves you with very few options.  In order to maintain my faith in humanity, I tend to chalk it up to a bad day or having a bit too much to drink.  Sometimes you just have to grin and bear it knowing that they will be gone in a few...

END_OF_DOCUMENT_TOKEN_TO_BE_REPLACED

Transitioning from a restaurant manager to a restaurant server was one of the more surreal experiences of my career. I knew in advance it would take time to acclimate to my new role, but did not quite know what to expect. As a manager I felt that I was missing out on...

END_OF_DOCUMENT_TOKEN_TO_BE_REPLACED

Five Questions To Know For A Restaurant Server Interview

Some of the most common questions I receive from friends are regarding upcoming server job interviews.  They want to know what questions to expect and the best answers to give.  The first part is easy because there are five questions you can expect in most every...

END_OF_DOCUMENT_TOKEN_TO_BE_REPLACED

Lately I have spent a great deal of time playing restaurant matchmaker.  One of the cool, but unexpected, results of writing this blog is getting to know some of the top restaurant owners in the area.  I always encourage them to let me know when they have a job...

END_OF_DOCUMENT_TOKEN_TO_BE_REPLACED

Since most of you are not from Kansas City, a bit of background is in order.  The most popular show on our local public television station is called Check Please.  It is a show that allows three people to talk about their favorite restaurant.  Each of the three guests...